We are delighted to have been appointed by Rutland County Council to produce an Options Appraisal and Community Engagement Plan for the Digging for Rutland: Jurassic and Roman NLHF funded project.

Over the last couple of years there have been two nationally significant and hugely exciting discoveries in Rutland; the ‘Rutland Sea Dragon’ and the Rutland Roman Villa. We will be working with the Council and project partners to identify future options for these very significant finds, the outcome of which it is hoped will help shape the future of the heritage service in Rutland.

A team of archaeologists from University of Leicester Archaeological Services (ULAS) – working in partnership with Historic England and in liaison with Rutland County Council have been working hard to carefully uncover this significant and previously unknown site. Containing a beautiful Roman mosaic depicting the siege of Troy, it is said to be the most important Roman find in the UK for over 100 years. Further work has revealed the mosaic is just part of a much larger Roman villa. The site has been provisionally dated to the 3rd or 4th century and has been designated as a Scheduled Monument by the Department for Digital, Culture, Media and Sport (DCMS). Further information on the Villa can be found here Digging for Britain: Secrets of Rutland Roman villa mosaic revealed – BBC News 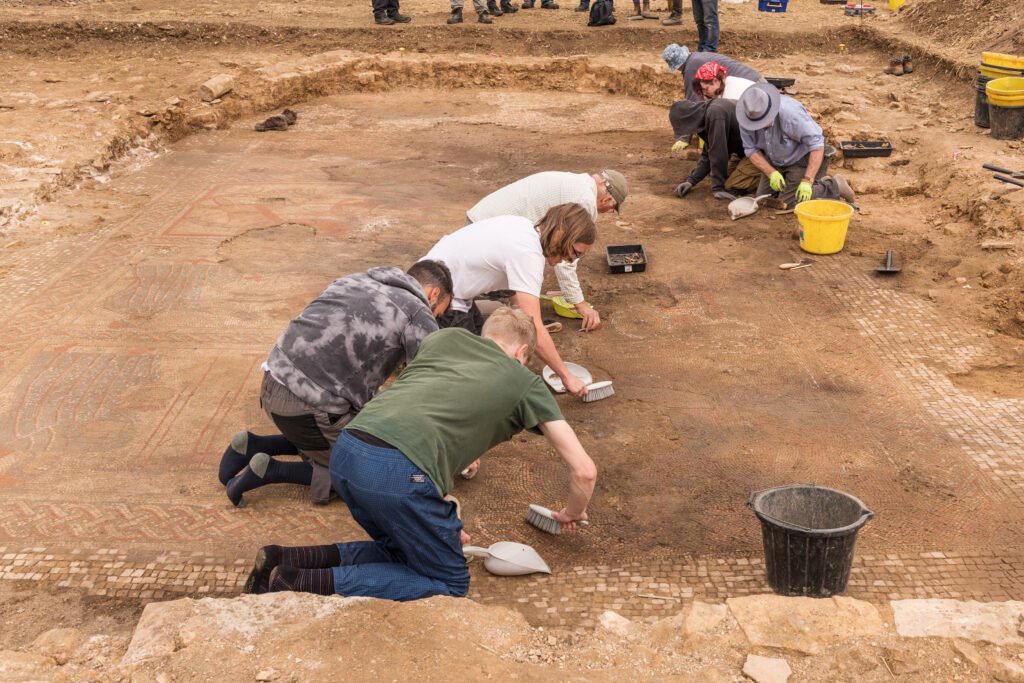 Photo courtesy of Historic England: A team from ULAS/University of Leicester during the excavations of a mosaic pavement.

In January 2022 it was announced that the remains of a 180-million-year-old ichthyosaur from the Jurassic period had been identified at Rutland Water Nature Reserve, which is owned by Anglian Water, and managed by the Leicestershire and Rutland Wildlife Trust. The fossil, nicknamed the Rutland Sea Dragon, is over 33 feet long with a skull weighing more than a tonne! A partnership between Anglian Water, Rutland County Council, and Leicestershire & Rutland Wildlife Trust, working with professional palaeontologists, recovered the Sea Dragon. 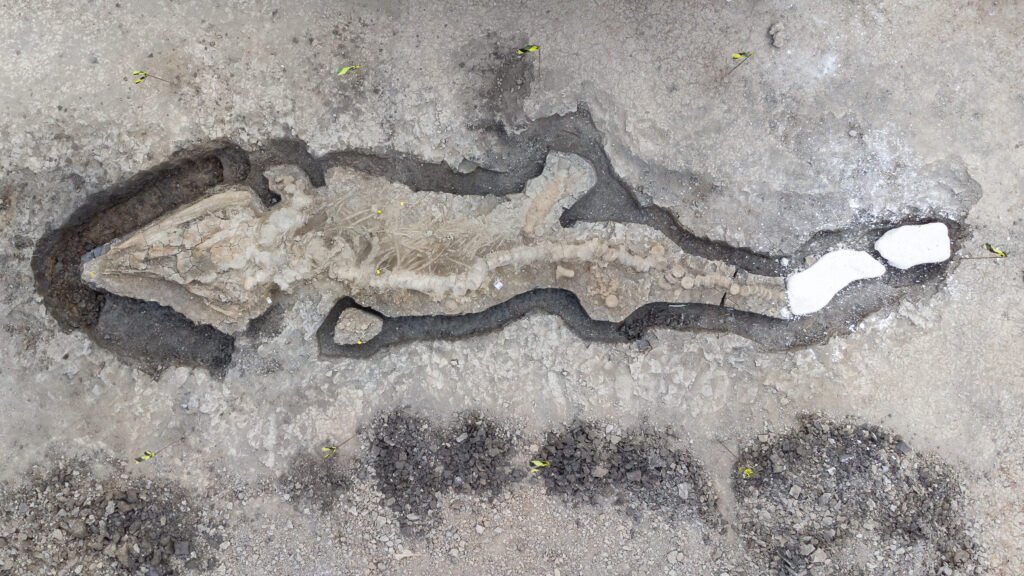 We very much look forward to working with the team on these exceptional historic finds over the next few months.