BBC Radio 4’s You and Yours programme commissioned research in to the Portas Pilot towns one year on from being awarded £100,000 to help their high streets. The research showed that most of the towns who received DCLG funding to help boost their high street have actually seen a decline in occupied shop units.

To listen to the programme follow this link, or for further information please see the below taken from the Local Government News article, the article can been found in full by following this link.

‘Most of the towns which received DCLG funding to boost their high-street fortunes have seen a decline in the number of occupied shop units, research commissioned for BBC Radio 4’s ‘You and Yours’ programme has uncovered.

Some ten out of the 12 ‘Portas pilot’ towns – named after the taskforce overseen by government retail guru Mary ‘Queen of shops’ Portas – have seen a greater number of shops close than open within the last year, despite each receiving a £100,000 cash grant.

About 700 units closed, while fewer than 600 new stores opened in their place and among the pilots only Bedminster, near Bristol and Margate were able to increase the number of high-street firms.

Matthew Hopkinson, director of the Local Data Company, which undertook the research for the radio documentary, said: ‘If more shops close than open, then that’s when you start to see the decay of the high street and also a rise in vacancy rates.’

Mary Portas told the programme real change would take time, and there were no simple solutions to the crisis on the high streets.

‘There are no quick fixes but 400 towns up and down the country are working in different plans to try and reinvigorate their high street,’ she said.’ 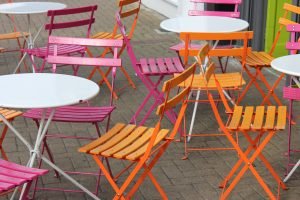